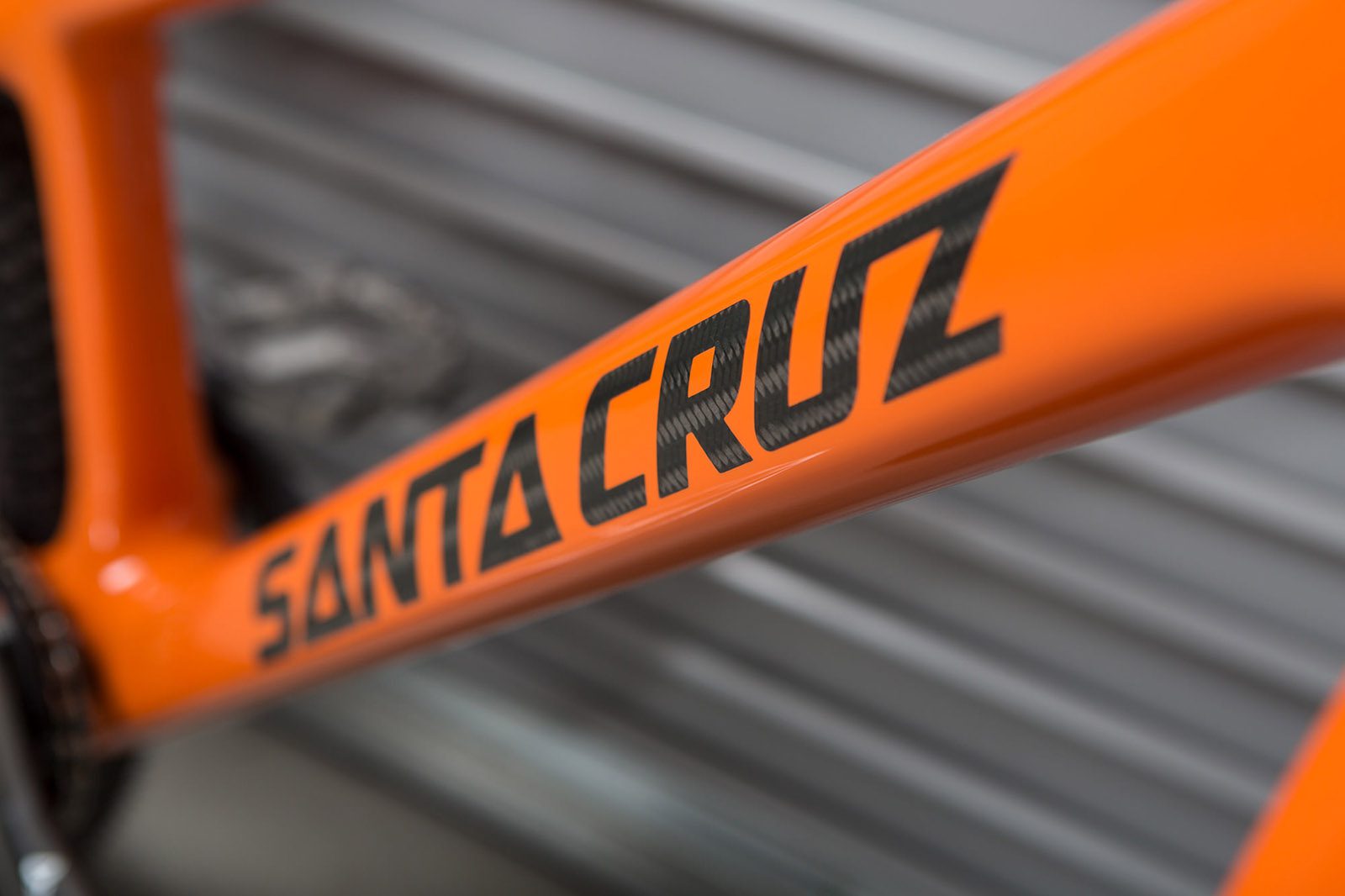 Only passionate mountain bikers know the depth of the disappointment that comes with missing a ride. This is a driving force behind the Santa Cruz philosophy. Build premium-quality, high-performance bikes that are incredibly durable, easy to set-up and simple to maintain while being backed-up by industry leading support. More on this and other compelling reasons discerning mountain bikers invest in Santa Cruz. For carbon frames the balance between weight, strength and durability are critical. Since its founding 27 years ago, Santa Cruz have pioneered advanced materials and production methods to build the most durable and high-performance bicycles. The Californian brand has full control over the entire frame from design to assembly. Design, testing and prototyping of the carbon technology all take place in Santa Cruz, California. The in-house carbon lab gives Santa Cruz the capacity to research and test different carbon layups as well as new manufacturing processes and techniques.

Since 2001 Santa Cruz has been known for its proprietary Virtual Pivot Point (VPP™) suspension design. Over the past two decades VPP™ has been refined to optimise the balance between pedalling efficiency and all-out bump chomping prowess and is the reason Santa Cruz bikes are so successful in the medium- and long-travel suspension categories. A winning team, from factory to race track

The fact that Santa Cruz’s current CEO is its former head of engineering says a lot about the company, and explains why the business takes its directional cues from the engineering team. From the factory floor through to the race team, there is an obsession with quality, efficiency and ride quality. This desire for perfection and attention to detail is applied throughout the company and extends to the race track where every contributing factor counts. Santa Cruz Syndicate, the gravity racing team that South Africa’s Greg Minnaar has been on for the majority of his career, is the most successful downhill team in history. Podium contenders in every race, the Syndicate is not only the epitome of high performance, but also one of the cornerstones of downhill racing culture.

More recently, with the relaunch of the Blur, Santa Cruz has begun to feature on high profile XCO podiums. Keegan Swenson is the 2021 US XCO and Short Track champion; Maxime Marotte is the 2021 French XCO champion; and 2021 Olympian, Luca Braidot claimed the silver medal at the 2021 Italian XCO champs. Beside backing high performance racers, Santa Cruz funds and supports trail projects through PayDirt grants, Stewardship and Dig Days.

“Bikes should have a tough life – ridden often, ridden hard. We do the hard work designing and building them so it’s easy for riders (or their local bike shop mechanics) to keep our bikes running better, for longer, with less expense and fewer missed rides.” That’s the Santa Cruz commitment and it backs its words up with actions.

Santa Cruz prides itself on adding life-long value to its customers. This includes industry-leading lifetime warranties on the frame and linkage bearings as well as unlimited on-trail user-error warranties on Reserve Carbon wheels. Registering your Santa Cruz, Juliana and/or Reserve Carbon wheelset ensures your bike and wheels are on the Santa Cruz customer commitment database in the unlikely event that you may need support.

Santa Cruz believes that to make the world a happier place, there needs to be more bike rides. Can’t argue with that. That’s why, wherever there’s a rough or gritty riding surface, there’s a Santa Cruz bike that’s built to conquer it.

Gravel, XCO/Marathon, Trail, Enduro, Downhill and of course, eBikes – not only is there at least one premium quality Santa Cruz model for each category, but there’s a Reserve Carbon wheelset too. You know a brand is confident when it’s less concerned about the volume of bikes it sells and more concerned about the quality of its product and the satisfaction of those who invest in it. Besides all of that though, the fact that Santa Cruz understands how important it is not to miss a ride speaks to a mountain biker’s soul…

For more on Santa Cruz Bicycles, check out their website here.