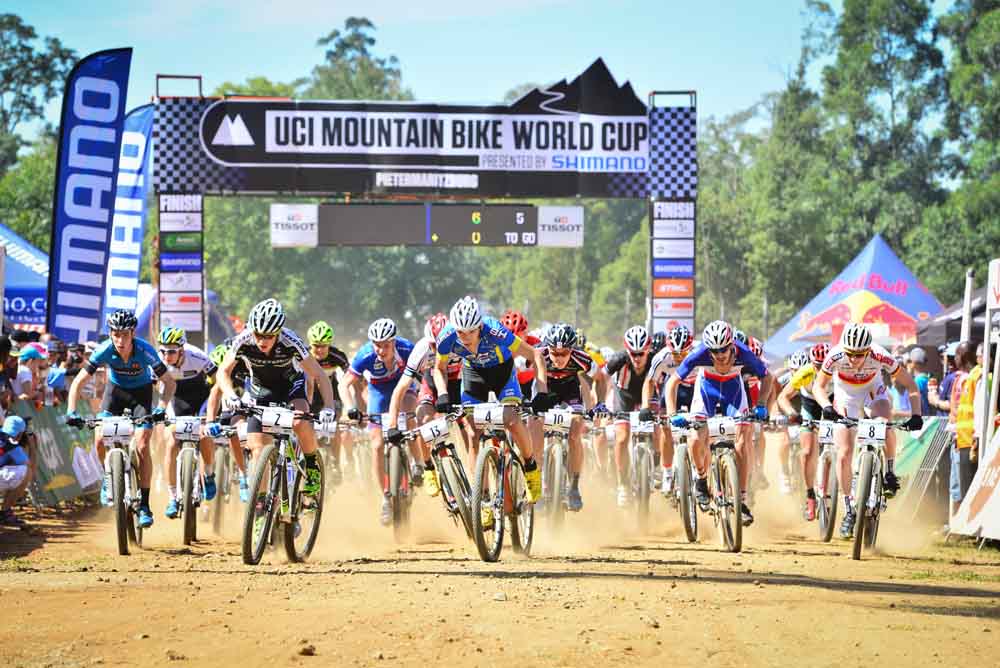 Pietermaritzburg – As the season-opening UCI MTB World Cup got under way on Friday, the city’s status as Africa’s “Bike City” was entrenched by the announcement of a sweeping programme of international events over until 2018.

CAC President Dr. Mohamed Wagih Azzam, who is the Vice-President of the international Cycling Union (UCI) said from the venue that Pietermaritzburg and South Africa’s reputation as a world-class event host was good for Africa, and represented an opportunity to expand the sport’s various disciplines across the continent.

“Since we started attracting UCI Events to Africa in 2007, Pietermaritzburg has become the African continent’s ‘Bike City’, and one of only three cities in the world to have this unique status,” said Azzam.

“We have established an excellent co-operation with Cycling South Africa, the city of Pietermaritzburg and this province of KwaZulu-Natal, and experienced event organiser Alec Lenferna, which has been very good for Africa as a whole,” said Azzam.

“This region has taken an excellent attitude towards cycling events,” Azzam added. “With Cycling South Africa being the largest federation in Africa, this makes South Africa the mother of cycling in Africa.”

“We need to use this to develop all the cycling disciplines across Africa,” he added.

Azzam was excited to confirm that Pietermaritzburg would host the 2016 Para-track championships just before the 2016 Olympic and Paralympic Games, and said plans were well advanced to host the BMX World Champs again in the city.

He added that the city will also be hosting the first ever Confederation of African Cycling Forum, which will convene the continental governing body’s Congress together meetings of its various commissions and host courses for officials, commissaires and mechanics.

Azzam said that he would be engaging city officials in the coming week on the opportunity to establish a world class cycling track venue.

“Africa lost out on the opportunity to host the track world championships, so the opportunity exists to establish a world class track facility, which will then make Pietermaritzburg capable of hosting all the cycling disciplines.”

Lenferna stressed that the plans to develop new cycling facilities in the city were particularly relevant given the plans for the region to host the Commonwealth games and possibly the Olympic Games in years to come.