NICOLE CAPPER TO GET A TASTE OF THE ABSA CAPE EPIC 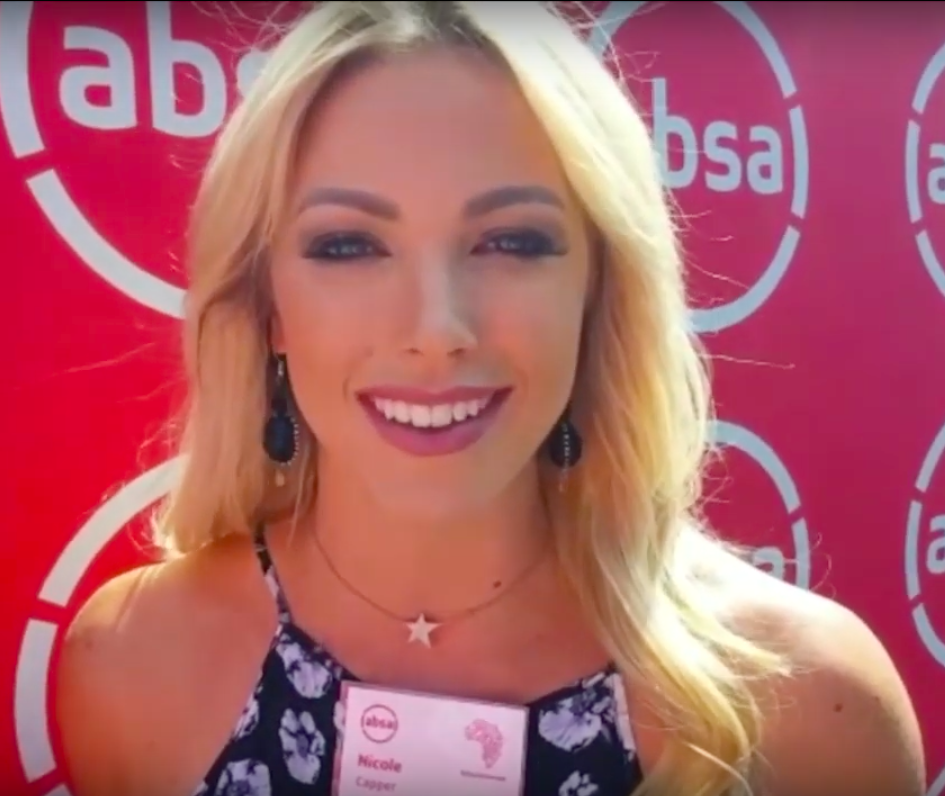 Former Mrs South Africa and Survivor runner-up, Nicole Capper, is on a mission to conquer more mountains in 2020, including some of the rugged slopes of the Absa Cape Epic. The keen mountain climber, who is preparing to summit Kilimanjaro in August, will be one of 45 women to spend two days on the fringes of the 2020 Absa Cape Epic as ‘Epic Day Trippers’.

On their mountain bikes, the women will be guided in small groups along short sections of the route of Stages 3 and 4 in the Tulbugh region, to get a taste of the world’s most prestigious – and toughest – mountain bike stage race.

The initiative forms the launch of #SheUntamed, the first step in Absa’s effort to lower the barriers for women to gain access to mountain biking in general and the Cape Epic in particular. In 2019, women made up just 6.44% of the the total Absa Cape Epic participants (this does not include Day Trippers). As a South African woman, what do you enjoy most about mountain biking?

As a South African woman, I have a natural affinity for adventure and exploring the outdoors. We have such a rich diversity in South Africa, from the mountainous Drakensberg to the green Lowveld to the pristine coastal beaches; and I’ve had the great privilege of exploring South Africa as an avid mountain climber and adventurer.

I love trail running and hiking and have summited Cathedral Peak in the Drakensberg four times, Rhino Peak once and Mafadi twice, the highest point in South Africa, among others.

I am very new to mountain biking, having only recently joined the fray in 2020. This has opened up a whole new world for me in terms of adventure and capability. I can go so much further on my mountain bike and explore places that my feet could not carry me. Not only does it take me further but it also makes me feel incredibly powerful; and as a woman who is finding her feet in the adventure world, this is this something that I can’t put a price tag on.

When you are climbing up the hill on a mountain bike, just putting one pedal stroke in front of the other and eventually find yourself on top of a ridge line, it’s an incredibly liberating experience not to mention sailing down descents on a piece of machinery that is designed to go over some gnarly obstacles with ease. It almost feels like you’re flying.

How many years have you been cycling, and how many hours a week are you able to train on your mountain bike?

I only started cycling this year.  I train on my mountain bike as much as I can. It’s usually once a week because I need to incorporate a lot of other mountain readiness activities like trail running and CrossFit to build my strength for climbing and hiking.

What other training are you doing to prepare for your Absa Cape Epic Day Trippers experience?

I’m taking a holistic approach to the Absa Cape Epic preparation because I’m also busy preparing for a second Kilimanjaro climb this year. I will be taking an all-women team up Kilimanjaro on the 9th of August, South African Women’s Day, supported by the woman porters of Tanzania. This is a landmark event for me and mirrors what the #SheUntamed initiative is trying to achieve. My focus is on being strong enough and having enough endurance to be able to summit this mountain and do it leading a group of women, some of whom will be climbing their first mountain.

So although I am focused on the Absa Cape Epic Day Trippers, I need to have a varied cross training approach to be able to support my other endeavours. Why do you think Absa chose you to be their #SheUntamed ambassador?

Absa chose me very deliberately, I am not the fastest or the strongest by far and in fact I am the newest member of the mountain biking community at this year’s Absa Cape Epic Day Trippers, but they chose me for that very reason. I believe that I am relatable to South African women because if I can get on a bicycle as a non-cyclist and accept a new challenge and be brave and courageous enough to put myself out there, risking failure and public opinion, then I believe that they can too.

It’s only by stepping out and taking these risks that you find new passions, you fall in love with new sports and you realise that your capacity is so much greater than you ever thought it was. How are you using your celebrity/ambassador status to introduce more women to mountain biking?

My public profile has been a launch pad for a spirit of potential amongst South African women and this for me is the most exciting part of it all. Hopefully, watching my journey with the challenges, the failures, the successes and the growth, other women can realise there is so much more to life out there.

The set of constraints and limitations we find ourselves living in are often self-imposed and if they are imposed by society they should be questioned. I feel like if I talk about cycling and sport more in a public setting, I’ll be able to encourage women to get out there more. I am a mom of two. I have personally experienced mommy shaming, cyberbullying and public judgement for taking on so-called “dangerous” sports and spending time away from my family to pursue my passion.

But I am a big advocate of self-love, I am an advocate for quality time with family and I’m passionate about family so I am very excited about the constructive conversations that are being started because of more women breaking the stereotypes and taking part in what has been traditionally known as a Boys Club.

What do you feel the biggest barriers are to South African women getting into mountain biking?

The biggest barriers for South African women in cycling and mountain biking in particular is safety. You are out there in the big wild outdoors and we need to make sure that women are protected and looked after in groups, in proper mountain biking clubs, in safe estates and designated trails. I think that sponsors like Absa, who are putting together this initiative, are going to become critical in the future moving forward in setting up smaller groups to support the process not just the final event.

How are you planning on making mountain biking more accessible to women?

I’m planning on making mountain biking more accessible to women by doing it myself and starting the conversations. I can’t change the narrative overnight but I can do my part by setting an example of clipping in, getting on my bike, strapping on my helmet and getting out there and then taking other women with me. Whether it’s them watching me and being inspired to do it themselves at home, or literally taking other women out on rides on weekends in groups which we’ve already started as part of our Epic Trippers preparation. This is what it’s all about, creating that spirit of a family; and it’s not sisterhood; it’s not a brotherhood anymore, but it is now purely about mountain biking family.