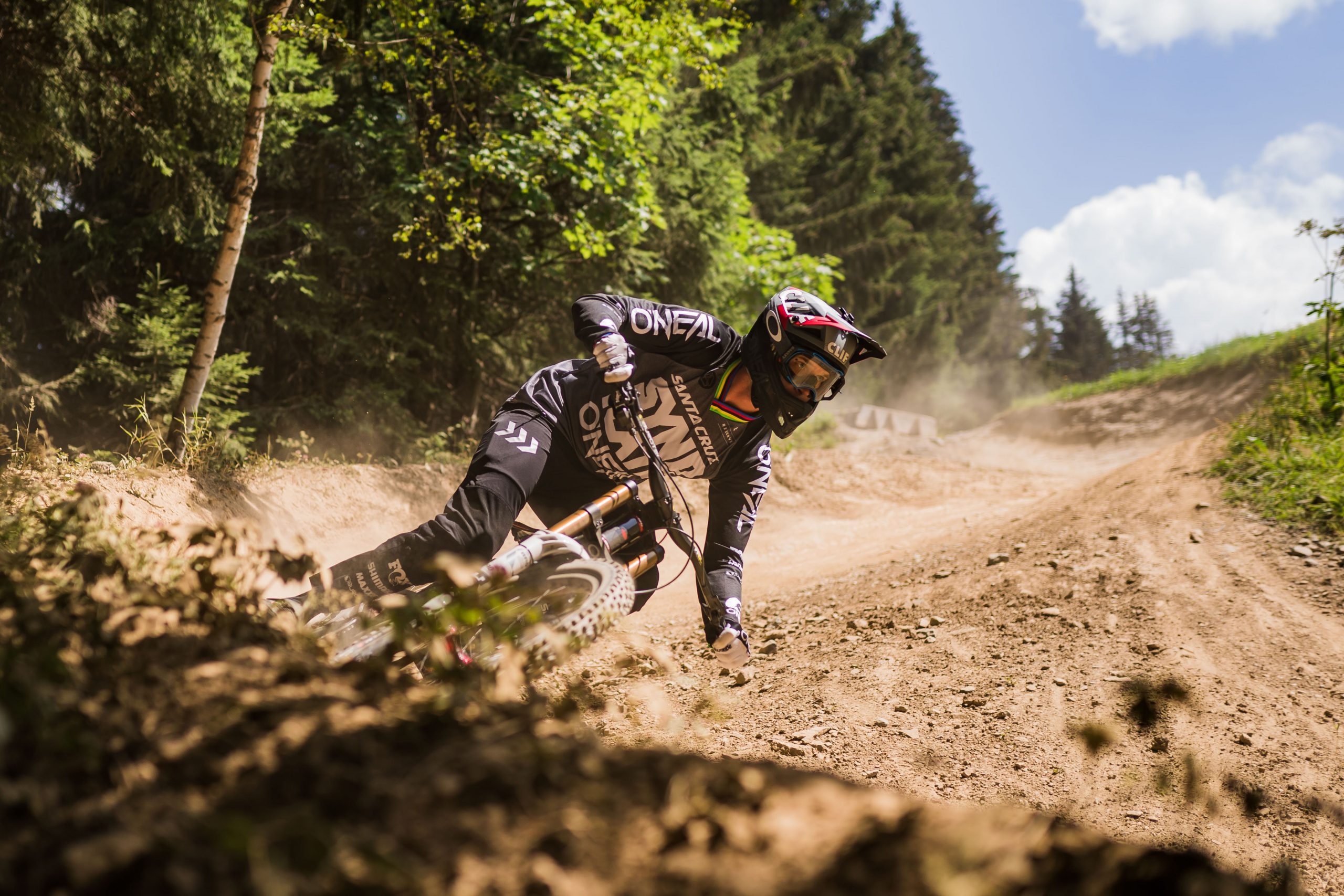 The 38-year-old Pietermaritzburg resident, who races for the Santa Cruz Syndicate, added a 22nd World Cup win to his impressive palmares, extending his lead as the most successful male World Cup racer of all time. Minnaar qualified fourth fastest on Thursday and was faced with trying to dislodge French ace, Loic Bruni, who had just shifted Minnaar’s nemesis, American Aaron Gwin, from a relatively lengthy occupation of the hot seat. Gwin has won a total of 20 World Cups and made a return to form on Friday, setting the fastest time of 3:58.301 with 18 riders still to roll down the mountain.

The American’s time looked more and more formidable as rider after rider failed to beat it. But Bruni’s slicker second half saw the four-time French World Champion better Gwin’s performance. Minnaar got off to a smooth start and eclipsed both Gwin and Bruni’s splits all the way down to clock a rapid 3:55.239, almost two seconds quicker than Bruni to claim the hot seat.

With the three fastest qualifiers still to come, Minnaar’s wait was as tense as expected. His American teammate, Luca Shaw, struggled from the outset and proved no threat. Then Briton Matt Walker blitzed the first half of the course, eclipsing Minnaar’s splits, looking like he would displace the South African from the hot seat. But a pedalling section in the latter section exposed Walker’s weakness – or highlighted Minnaar’s strength – and saw him slip back to 1.3 seconds off Minnaar’s pace and he was unable to make that up, finishing second in 3:57.072.

The final starter was Minnaar’s French teammate, Loris Vergier, the fastest qualifier and winner of the first two 2020 World Cup rounds in Maribor, Slovenia. Vergier looked snappy and smooth at the top of the mountain, but a front-tyre puncture a third of the way down ended his hopes of a hat-trick.

Minnaar raised his arms in a combination of triumph and relief, his facemask hiding his grin, but his eyes telling the story of his elation. Minnaar claimed his first World Cup win 19 years ago at Kaprun Austria. His win on Friday gives him a total of 80 career World Cup podiums, also a record. Minnaar, who turns 39 on 13 November 2020, is also the oldest winner of a World Cup, breaking his own record…

“I had a great ride down today, but it was a bitter-sweet win. Not great to see my rival, friend, teammate and World Cup leader puncture on the way down. I’m speechless really,” said Minnaar.

“Today I just focussed on tightening up my run from qualifying. I have some ruthless friends back home that have been demanding more wins, so that helped motivate me. It’s been a tough year. I hope this win gives motivation to those back home and others around the world,” added Minnaar.

With only four World Cup rounds squeezed into a fortnight in the Covid-19 affected 2020 season, the fight for the World Cup Series title is tight. With one round remaining, Walker leads with Vergier second, 14 points back and Minnaar and Loic Bruni equal fourth 90 points back.

There will be no World Cup points awarded at Round 4 qualifying on Saturday, but a win on Sunday will offer 250 points and could see any one of eight riders still claim the coveted Series title, which Minnaar has won three times in his two-decade-long career.