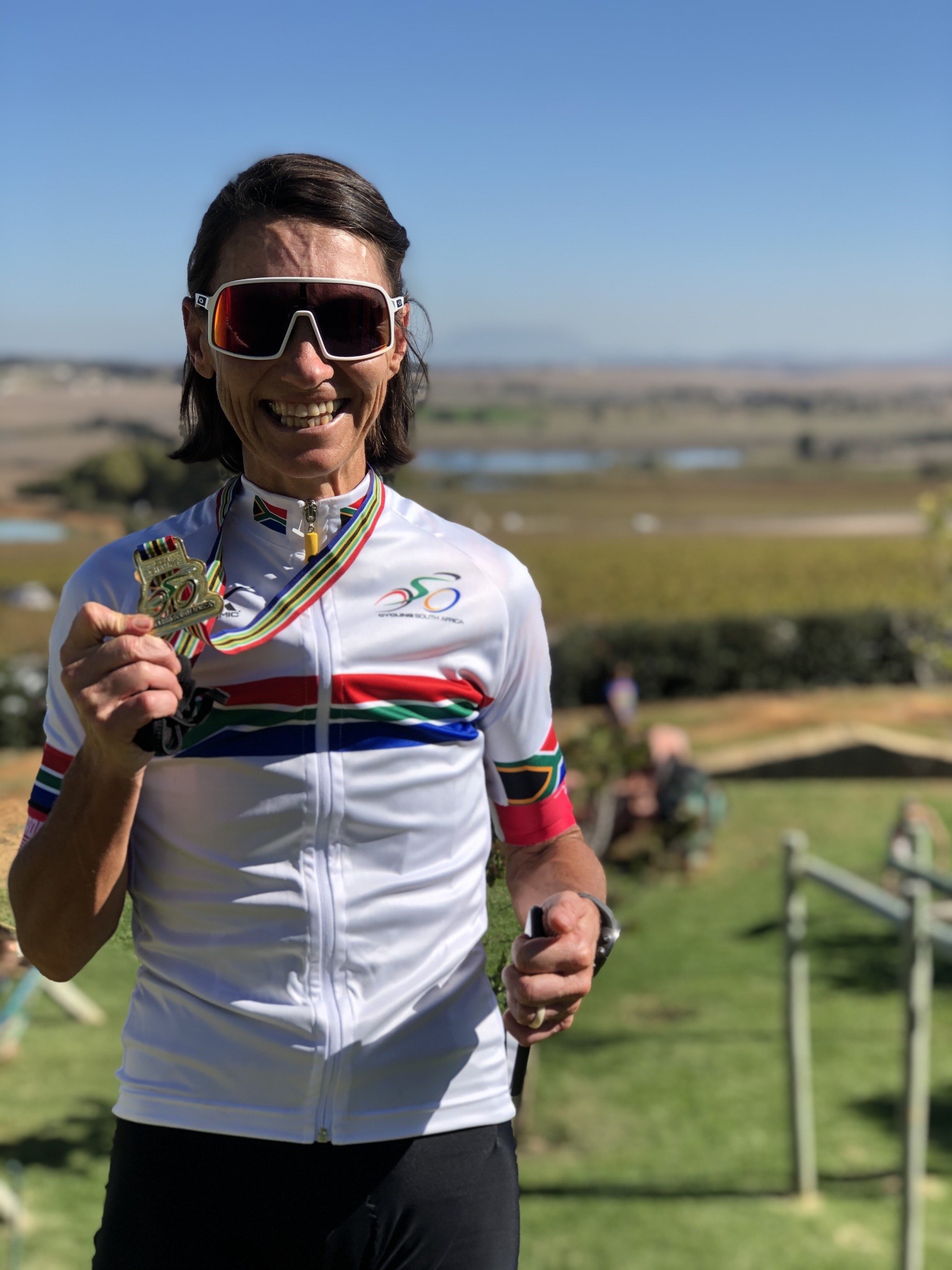 Defending women’s national marathon champion, Yolande de Villiers, has arrived in the Karkloof ahead of the defence of her national title at the Sappi Karkloof Classic Trail Festival this weekend.

The veteran Team Coopetto racing star from Oudtshoorn in the Western Cape won the national title in a drama-laced race in Paarl last year, and says she is eager to try and defend that honour against a strong women’s field.

De Villiers, whose successful career spanned a long dominance as a road rider before making her mark as a mountain biker, says she has raced in the Karkloof trails before, but that was some time ago.

“I can’t actually remember when I last raced there. It was many years ago. But I am approaching it as just another race on new trails,” she said.

She added that coming into the race as national champion and not being that familiar with the trails will add pressure, but she plans to channel that into a positive aspect of her race plan.

“I think it is normal that there will be pressure on me as the defending national champion,” she admitted. “I will just try to focus on my own race and use the pressure as motivation just to go as hard as I can.”

With the elite women’s field growing every day, she will line up against some strong local and national riders keen to earn a spot on the women’s podium, including the class of Sam Sanders, Theresa Ralph, Amy McDougall and Hayley Smith.

“Everyone on the startline will be my competition and I have huge respect for all of them,” said De Villiers.

De Villiers plans to use the few days at her disposal before the race to familiarise herself with the 90km elite women’s race course, and to enjoy riding the fabled Karkloof trails.

She added that her trip to the Karkloof was part of a rollercoaster year of racing.

“I have got so many races planned for the rest of the year,” she said. “There are lots of 100 milers as well as marathons.

“I am really looking forward to some lekker racing this weekend!” she said.

The Sappi Karkloof Classic Trail Festival 2022 will take place on Saturday 28 and Sunday 29 May. More info can be found here.