A BEER WITH JOHANN POTGIETER 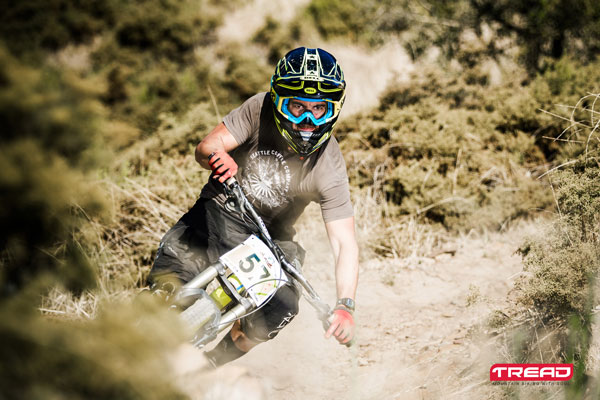 Johann Potgieter epitomises the ‘laid-back downhiller’ stereotype – in the best way possible. He’s approachable and easy going with a great sense of humour, but take a peek under the hood and you’ll find that he’s equally focussed and motivated. – Wesley Reyneke

Pottie got married last year and lives with his wife in Port Elizabeth. He returns to his home town of Cape Town regularly though – to meet with sponsors and host skills clinics for aspiring youngsters. We caught up with him during one of his recent visits to the Mother City.

It wasn’t bad – I had some good results. I obviously had the injury in the middle of the season, where I broke my scaphoid in my wrist, so I had to come back home to recover from that. Then my first race back was the World Champs, where I had a top 30 result – which I was really stoked with after the injury because I didn’t know if it was 100% healed or not.

You’ve raced at World Champs four times now – has that been your best result at a World Champs?

Ja, that’s been my best result to date. So I was pretty stoked with that, being the home World Champs and all. The vibe was really cool – every time a South African came over the line the people just went crazy. And then after that was Norway – I had a big crash there also, after feeling really good on the track. Then I qualified in Leogang and ended up 51st, which is pretty good for me. So ja, mixed feelings, but the season wasn’t bad.

You were on the Ghost RRP team in 2013, but this year you’ve gone solo – tell us about that…

My contract ended with them at the end of last year – they offered me another deal but I decided to do my own thing. You know, sort of be my own boss. It just gives me the freedom to use whatever products I want to use, do the races that I want to do, and then I can go train wherever I want to train in Europe, when I stay there. And a big thing is also for races like Pietermaritzburg: there’s a lot of stuff you can do to your bike to make it a bit faster, and when there are no team sponsors involved you can use whatever lightweight stuff you want and try get your bike as light as possible.

Ja, I’m getting supported by Omnico this year, with all their products: Bell Helmets, GT, GoPro, Giro. I’ve had a really good relationship with them the last couple of years, so I’m really happy to be associated with them.

I want to make my main focus the IXS European Cup – it’s a really good series to do, and for 2014 they’ve got really good tracks as well. Like a lot of the World Cup tracks – Schladming, Val Di Sole, and Pila is in once again – one of the best places to ride. They’ve just got good tracks, you get more time to practice and there’s a good chance of getting some prize money as well.

I will definitely do the World Cups in Europe. Then the World Champs in Halfjell, Norway – so hopefully I’ll get selected for the SA team and take part there.

In the weekends that I have free – I’ll be based in Germany, possibly, for this season – I’ll probably do some German IXS Cups. And I’ll be doing the National Series as well.

How do you enjoy doing the South African National Series?

It’s obviously one of the most fun things to do – I’ve been doing Nationals since 2003 now and we’re like one big family, all the riders. All of us that are sort of at the top now used to be at the bottom at the beginning – so it’s cool to have evolved with them. Every time you get to a National, whether you’re from Joburg, Durban, Pietermaritzburg – we all know each other, we’re all friends, we’re all a big family.

What’s it like having other SA riders at World Cup races – do you find time to connect with each other?

For sure, we always hang out – you’ve got the same mindset, you come from the same background. Every year there’s South African guys ‘gypsy-ing’ Europe to try and make it to the top or gain experience. It’s sort of lonely if you’re the only guy, ‘cos you’ve got no-one to speak to when you feel down. Because that happens when you race in Europe – it’s tough.